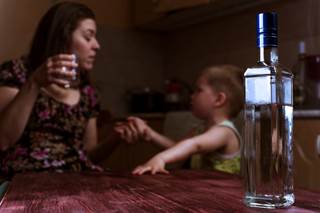 ACOAs are 3-4 times more likely than non-ACOAs to select partners who are alcoholic.

It is estimated that there are 28.6 million children of alcoholics (COAs) in the United States, with more than 11 million younger than 18 years.1Compared with individuals who were not raised by an alcoholic parent, adult COAs (ACOAs) are more likely to experience depression2 and engage in behavioral disengagement, denial, and substance use.3 ACOAs are 3-4 times more likely than non-ACOAs to select partners who are alcoholic.4,5,6

COAs typically experience traumatic childhoods, with many exposed to violence.7 According to the National Crime Victimization Survey, of the 32.1 million nonfatal violent crimes that took place between 1998 and 2002, 30% were a result of drugs or alcohol.8

History of a Movement

Despite the extensive and common dysfunctions experienced by ACOAs, the concept of “adult children of alcoholics” is actually relatively new.

“The ACOA movement had its origins in the Alcoholics Anonymous and self-help movements,” Stephanie Brown, PhD, founder and director of the Addictions Institute in Menlo Park, California, told Psychiatry Advisor.

“It started out as a social movement in the 1970s,” said Dr Brown, who is the former director of the Stanford Alcohol Clinic at Stanford University Medical Center in California. From a professional standpoint, the development of a systems perspective that included the notions of alcoholism as a “family disease” and the “alcoholic family” extended the concept of young COAs to include adults as well.9

“The movement grew wildly and coincided with the inclusion of posttraumatic stress disorder…in the [Diagnostic and Statistical Manual of Mental Disorders, Third Edition]. This expanded the predominant model of mental health and illness, which had regarded dysfunction as individual and intrapsychic, to include relational or experiential events, such as trauma or war.” Today, with the acknowledgment of the role of trauma and child abuse as mental health issues, the concept of ACOAs is far more accepted, she said.

Psychiatric diagnostics has generally “operated on narrowing a diagnosis as much as possible,” but “the extreme variations and heterogeneity in those with ACOA make it impossible to narrow down,” Dr Brown said.

Growing up in an alcoholic family translates into a greater risk for abuse and neglect, depending on who the alcoholic was, the degree of violence, social conditions, social status, relations outside the family, and individual factors in the child.10 Alcoholism is a biopsychosocial problem that includes genetic components. For example, grey matter abnormalities in nonalcoholic ACOAs suggest a biological susceptibility to alcohol disorder.11

Dr. Brown indicated that she gives ACOA patients a diagnosis of “trauma” or “adjustment disorder with emotional features.”

“I note that I am looking at issues of trauma growing up with alcoholic parents. I have found this to be workable within the system. ACOAs can get insurance reimbursement, but not with that specific label,” she observed.

One of the most central character traits of ACOAs is the need for control. “The experience of growing up with an adult parent or caretaker who is out of control leads to terrible anxiety about losing control,” said Dr Brown, both of whose parents were alcoholic.

This trait can have a deleterious effect on interpersonal relationships, including romantic partners, friends, and coworkers. “Intimacy can be anxiety-provoking because it is perceived as loss of control,” she explained.

Remaining in control is an essential survival skill when growing up with alcoholic parents, Elizabeth Cavanaugh, LCSW, a therapist with practices in New York City and Denver, New York, told Psychiatry Advisor.

“Children learn to maintain supreme control over their actions and feelings, based on the parent’s alcohol ingestion patterns,” said Ms Cavanaugh, also the child of alcoholic parents. “If the child needs something, she must wait until 5:30 when the parents have had enough drinks to make them tipsy, but not 9:30 when they are already drunk or angry.”

“Lack of trust is a central feature in the emotional landscape of ACOAs,” Ms Cavanaugh stated.

“For example, if the mother promises to pick the child up from school at 3:00, the child knows that the mother may not show up, creating anxiety and lack of safety that shatters the nervous system and compromises future relationships,” Ms Cavanaugh observed.

It can also affect the therapeutic relationship. “When parents who were supposed to be caregivers cannot be trusted, this can lead to distrust of helpers in adulthood,” said Dr Brown.

Growing Up With Terror

ACOAs have often been thrust into a “parentified” role during childhood, developing an exaggerated sense of responsibility for others, especially when the mother was the parent who abused alcohol.12

“Taking responsibility for the parent is a way of maintaining control,” Dr Brown observed.

In addition, “children find themselves in the caregiver role because their parents may be unable to execute basic tasks, including self-care, care of the household, and care of younger siblings,” Ms Cavanaugh noted.

Being a parentified caregiver “disrupts the normal developmental process and can create a lifelong identity. Stepping out of that role can elicit feelings of fear and guilt,” she said. One of the major tasks of therapists is “to understand that sense of responsibility and enable the patient to address codependency.”

The Centrality of Shame

“Shame is one of the core emotions experienced by ACOAs,” Ms Cavanaugh said. “The child is often embarrassed about the parent’s behavior, even if the behavior is not publically visible.”

The sense of shame has important implications. ACOAs frequently internalize the perception that alcohol-dependent individuals are irresponsible and lacking in self-control.13 Their shame prevents them from discussing the parent’s alcoholism with others, which compounds their sense of isolation and reluctance to seek help.13